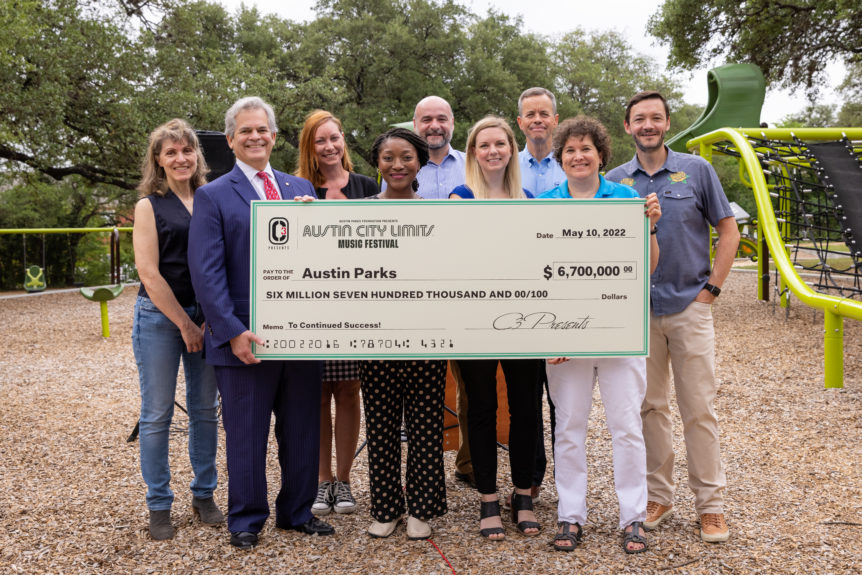 As the festival’s main beneficiary, Austin Parks Foundation’s unique relationship with ACLMF ensures that a portion of every ticket purchase supports parks in every corner of Austin. This $6.7 million is in addition to maintenance and restoration of Zilker Park, which are also paid annually by ACLMF.

Proceeds from the 2021 ACLMF will be put toward several park projects in all 10 City Council districts. These funds support APF’s goal of providing equitable access to green spaces across all districts through their park improvement projects including It’s My Park Day, ACLMF activations, community project design services, the community-initiated ACL Music Festival Parks Grant Program and more. Projects include but are not limited to:

To learn more about Austin Parks Foundation’s work in the community, updates on ACL greening programs and how ACL Fest fans have contributed to improving public parks, trails and green spaces, visit austinparks.org/acl-music-festival