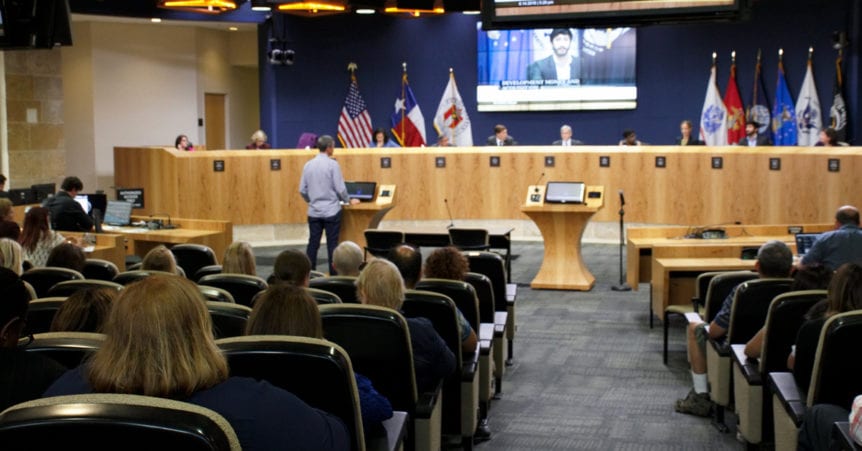 On Tuesday, September 10, the Austin City Council formally adopted a budget for the City’s upcoming fiscal year beginning on October 1st. The budget process, which kicks off in earnest with community engagement in the spring and the release of the City Manager’s proposed budget in early August, saw significant increases for parks from beginning to end. Why is that, you might ask? Advocacy!

During the City’s formal public engagement, Austin Parks Foundation encouraged individuals to speak to Boards and Commissions as well as participate in the City of Austin’s online engagement to make sure that parks were part of the conversation from the beginning. In the early summer, APF staff and parks advocates met one-on-one with City Council Members and their staffs to educate them on needs within the parks system and ask for their support in getting them added to the budget.

Thanks to these efforts, a number of new parks items were included in the City Manager's proposed budget. Highlights included funding for additional programming for Austinites of differing abilities, additional staff at the soon-to-open new Montopolis Recreation Center, and an additional $400,000 to maintain Austin's aging aquatics infrastructure. We were thrilled about these additions, but our work wasn't over yet!

Following the release of the City Manager’s proposed budget, APF staff and parks advocates continued talking with Council offices and spoke at the City’s budget hearings to continue educating City Council Members on needs and urging their support. The exciting news is that all that hard work paid off! Check out the highlights here:

So, What Got Added to Austin's City Budget?

CLICK HERE FOR MORE INFORMATION ON THE NEW BUDGET

Thank You Advocates: You Are Park Heroes

We’re thrilled that City Council recognized and prioritized parks during a difficult budget year, and are particularly grateful to Council Member Leslie Pool for her outstanding leadership in seeing that these items were included.

We’re also grateful to our non-profit partners in joining us in our ask to City Council, and most of all to each and every park advocate who joined us at meetings and hearings, wrote to their City Council Member, and made their voice heard. Thank you!

Our Work Isn't Over Yet! Here's How You Can Help

There's no doubt this was a big win for Austin's parks, but our job isn't done yet! We're always looking for volunteers to help us with park improvement projects. Check out our volunteer opportunities in Austin's parks here!

Join us at Republic Square on October 2nd for our biggest fun-raiser of the year, Party for the Parks! Food & drinks by The Peached Tortilla, a live performance by Bob Schneider and much more.  Get your tickets here before they run out!