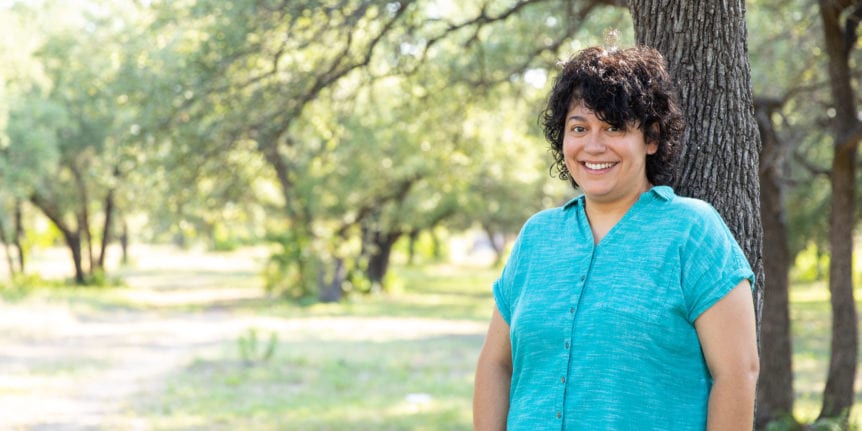 Daniela Nunez was raised in a few different parts of central Austin, but no matter the neighborhood, she always had easy access to parks and loved growing up in these green spaces.

So when she bought a home in a north Austin neighborhood that lacked nearby parkland, she was determined to help bring one to the area.

“I knew how positive a park could be for the community—a park brings people together,” Nunez said. “People need a space to be outside and have a relationship with nature because it improves our clarity and mental health. I feel like parks are critical from a public health standpoint.”

Nunez soon learned about a piece of abandoned land that the city was considering for park development, and she jumped at the opportunity to get involved. She attended meetings with the Austin Parks & Recreation Department and with City Councilman Greg Casar. Nunez helped create a strategic process and, along with other volunteers, started doing research and outreach among neighbors. “That part was really great,” she said. “We went door to door and talked with so many neighbors about their hopes and ideas for the park.”

Now Nunez is being named Austin Parks Foundation’s Volunteer of the Year for her efforts in helping this vision materialize. Georgian Acres Park, which should break ground in Spring 2019, is the culmination of several years of work. Nunez is quick to say she has done nothing alone.

“The Georgian Acres Neighborhood Association is small but mighty,” she said. “Lots of people who live nearby have been advocating for years, and we all want to see the park and the neighborhood succeed. It has felt really good to have support from partners, especially city council members and the parks foundation.”

Georgian Acres sits on five acres of property just north of Highway 183 between N. Lamar and I-35. Tremendous live oaks fill the length of the property. The grass is high except in places where local residents have stepped up to mow—with their own lawnmowers—a wide path down the middle of the property.

The landscape design calls for places to play, gather, exercise and simply enjoy the scenery. There will be playscapes, a basketball court, a crushed-granite trail, a pavilion, benches, barbecue grills and water fountains.

When she’s not working on the Georgian Acres project, Nunez can be found supporting the park development at nearby Barrington Elementary. That team is working to build a natural playscape, trails and basic amenities to improve the area for the students and neighbors. Nunez embraced the Barrington park project because she wanted to nurture connections between the school and the surrounding neighborhood. “The school is a built-in community that we weren’t reaching.”

Nunez juggles all these volunteer efforts along with a full-time job, but she considers it an honor to work with these green spaces. “These areas have so much potential,” she said. “And I think once we have an actual park, people will come…and our supporters and advocates will only increase.”