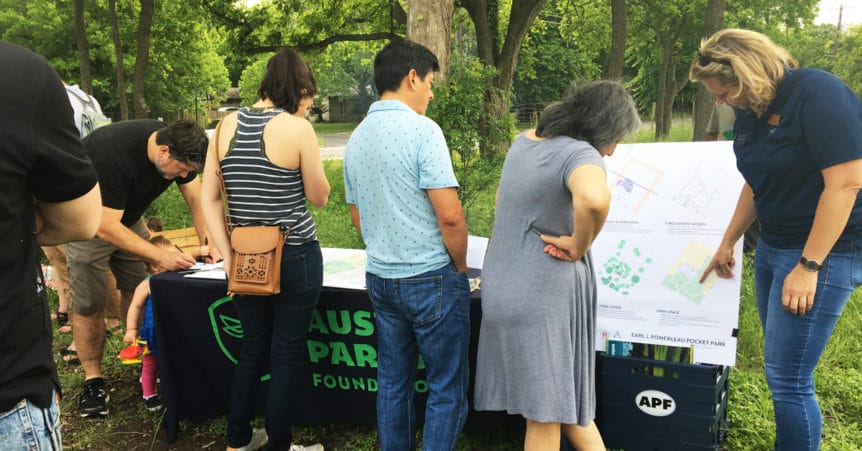 The Pomerleau Family, including their 5 children, moved to the Northeast side of Austin in 1972. The same year, Earl J. Pomerleau was hired by the State of Texas to bring the comprehensive alcohol treatment system that he had established in Nevada. Earl is credited for being the person most responsible for bringing the discussion group format of AA meetings to Austin, Texas and Mexico.

Over the years, he established over 150 AA meetings most of which are still running today! Earl was also a part of bringing the Alcohol and Drug Education Program to the University of Texas. His efforts helped improve the treatment and reduce the stigma of alcohol addiction. Earl passed away in 2002 at the age of 81. 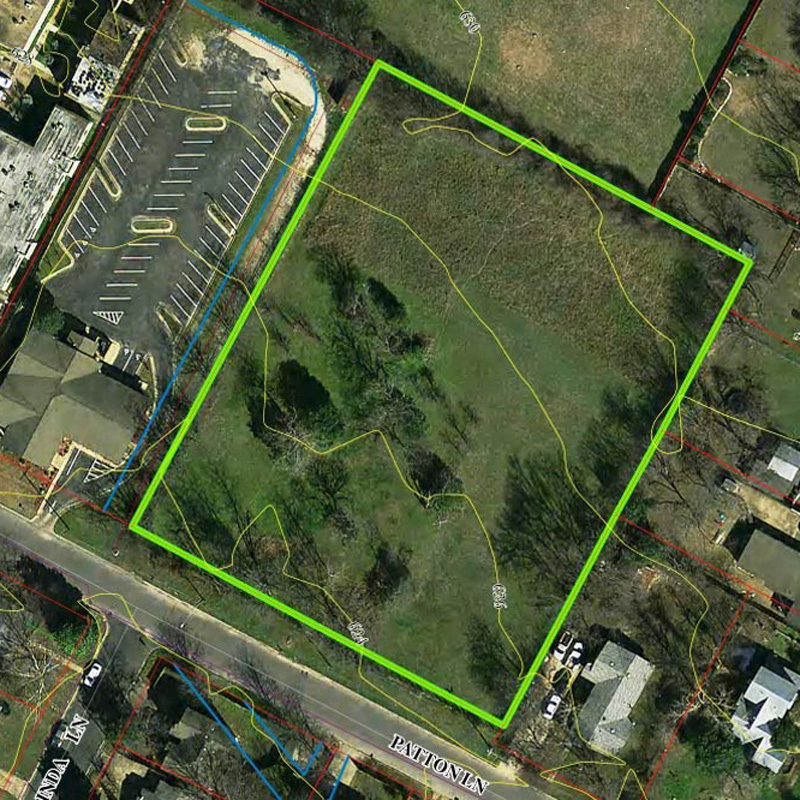 Malena Pomerleau-Peterson, Earl's daughter, bought two acres on Patton Lane in the Windsor Park area over 30 years ago. She lived in a modest bungalow with a giant yard until 2013, when she sold the land to the City of Austin under one condition: the park would be named after her father. The City of Austin agreed and the idea for Earl J. Pomerleau Pocket Park was born. Four years passed, and the Windsor Park Neighborhood Association (WPNA) began to strategize how to activate the park for public use. In May of 2017, the WPNA agreed to adopt Pomerleau Pocket Park.

Their work was cut out for them, and they started by working with Austin Atlas to map and identify the trees on the land. This was the first public activity hosted in the park since it was purchased four years earlier! The City of Austin Parks and Recreation Department Urban Forestry team along with 20 local residents came together to gather input and a vision for the park. Soon after, PARD cleared deadwood and raised the canopy of the park to make it a safe work space.

Pomerleau Pocket Park participated in their first It's My Park Day in the Fall of 2017, where volunteers cleared the fence line to provide a line of sight into the park. In March of 2018, thirty neighbors came together for their second IMPD to provide thoughtful suggestions and created a community feeling for the park and it's potential. Volunteers built an entrance, mulched trees, and cared for the roses along the fence of the garden.

In 2018, Katie Robillard from Austin Parks Foundation, with support from Charles Mabry of the Austin Parks and Recreation Department, led the design of the Park Master Plan for Pomerleau. This allowed WPNA to get essential public input, fundraise and segment the project into phases, all with the city's approval. Later that Fall, WPNA applied and was awarded a Neighborhood Grant from APF to help remove poison ivy and other invasive species that were keeping park visitors away from the land. 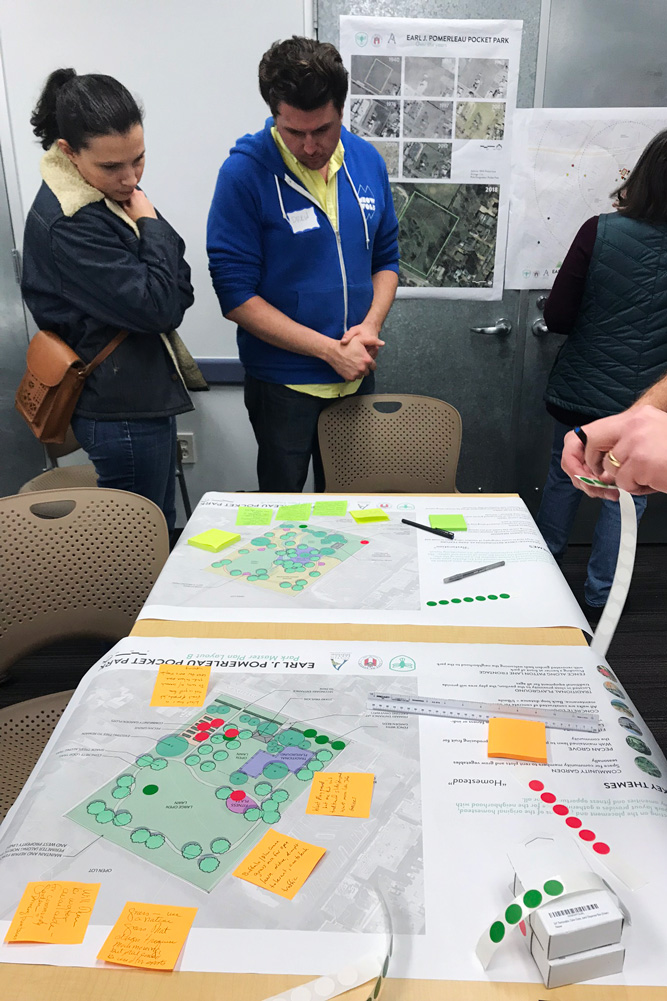 Earl J. Pomerleau Pocket Park was the first-ever Park Master Plan from Austin Parks Foundation. The launch of Park Design Services was a huge step in achieving APF's mission of increasing park access for every Austinite. Neighborhood and pocket parks in Austin are left behind for larger projects. It can become difficult for smaller parks to get what they need because of the financial and labor limitations, including a lack of access to design professionals, of the vastly underfunded park system in Austin.

Though the parks are small, they can have a huge impact on their communities. Austin Parks Foundation is dedicated to making these park renovations happen by providing an important piece of the process: a Park Master Plan. Once the Master Plan is in place, parks are able to effectively receive public input and implement fundraising efforts. This can go a long way for these parks and green spaces that are financially stuck!

APF aims to have a park within a 10-minute walk of every Austinite, no matter what part of town they live in. Pomerleau Pocket Park is a perfect example of giving an under-served community access to a great park. In 2019, the Trust for Public Land ranked the 100 largest cities in the US in terms of Park Access. Austin ranked 43rd, one spot down from 2018. For a city with so many parks, trails and green spaces, this presents a problem. Austin Parks Foundation strives to fill the financial gap through volunteerism, advocacy, innovative programming and more.