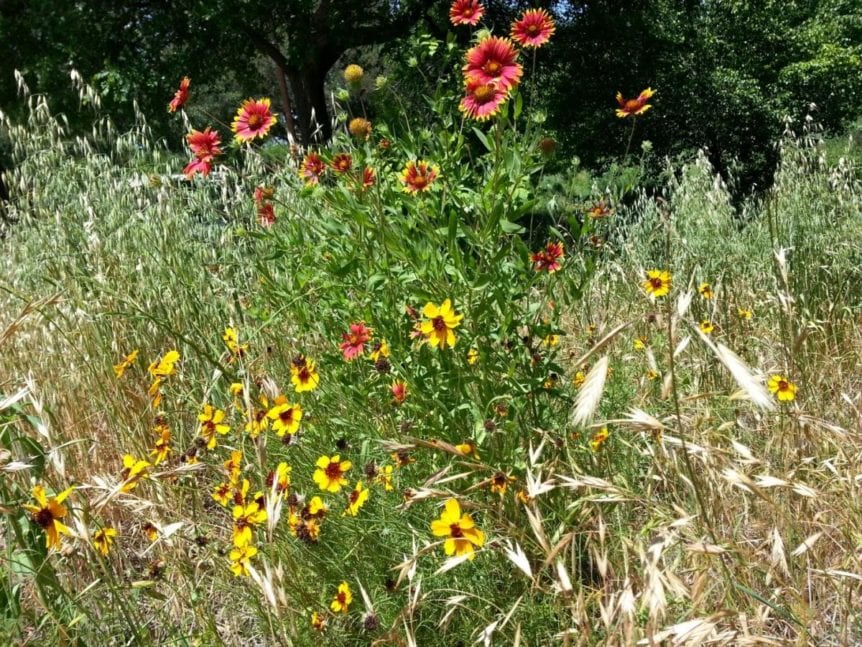 Neighborhood grants in both 2016 and 2017 were awarded to the Wildflower Meadow Group, dedicated to increasing the amount of wildflower land in Austin. In total, $9,950 has been awarded over the two years. From the 2016 grant alone, 4 wildflower meadows were seeded at Garrison Park, Williamson Creek Greenbelt, Cesar Chavez, and Zilker Park, totaling over 14 acres. Signs have also been installed at each location to raise awareness for the meadows.

The seeds were bought, the land was sowed, and the seeds were planted. Now, we allow Mother Nature to take over the upkeep, while Austinites and visitors enjoy the sights. These areas are sure to be great for photos once they have grown, so make sure to check them out!

These wildflower meadows not only look great, but they also have a significant impact on the environment and Austin’s ecosystem. The wildflowers reduce the need to mow from every 3 weeks, to only once or twice a year. This not only saves the city money, allowing it to be spent for other park updates, but also reduces emissions from mowers. In addition, the wildflowers help with stormwater retention, and improving the habitats of pollinators and other wildlife.

Donate to us to see more projects like this in parks around Austin!