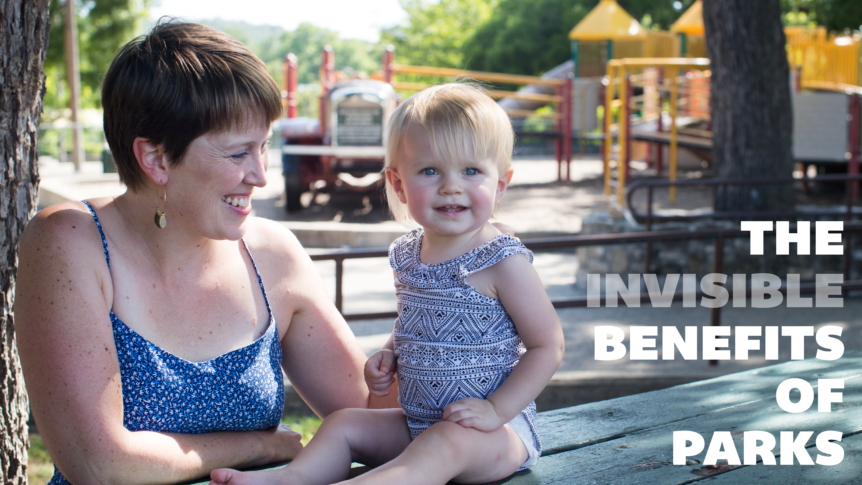 Greenspace exists as a place for reflection, recreation and a cross section for nature and urban life. Aside from the physical benefits of open space, there are invisible traits that make greenspaces worth valuing.

We’re talking about mental health and green-ness. The connection between the two seems unlikely, but park-space plays an undeniable role in our happiness, community, and well-being. Land and large fields are usually the starting ground for parks. However, green areas do not have a singular form – they can be parks, cemeteries, trails, and much more.

Greenspace is important for well-being, independent of whether it is actually used or visited. Studies show that mere presence of green areas and parks in our neighborhoods and urban areas positively affect surrounding residents. A 2017 study from Lisa Wood concluded that “as the number of parks within the neighbourhood of the participant’s home increased, their measure of positive mental health also significantly increased.”

The World Health Organization recognizes that positive mental health is “not merely the absence of mental illness.” Meaning, a positive sense of well being affects our ability to cope with daily stressors, have confidence in our capacities, and work productively.

Stress is a huge risk factor for disease and disabilities and can negatively affect mental well-being. Stress typically contributes to cardiovascular disease and depression.

A 2012 study by Pereira et al. examined community health and found “the odds of hospitalization was 37% lower among adults with highly variable greenness around their home.” This means greenness could mean less risk for heart disease and less hospitalization. Communities with less park space and open green area accessibility are at higher risk for depression and poor mental health. Underserved communities need better spaces where physical activity and reflection can occur.

Some studies suggest spending time outside in green areas could be a better solution to prescription drug use. Additionally, parks and exercise-friendly areas increase physical activity, which is beneficial  for any age group. More physical activity also typically translates into healthy well-being.

Similarily, opportunities to create new social connections also arise. Observed in a study Kaźmierczak (2013), found that “local parks can facilitate the development of social ties, which have been shown elsewhere to be a protective factor for mental wellbeing.” Typically we view the use of park space to be useful to physical activity or lifestyle.

Living in accessible range to a park, even something small as a neighborhood pocket park, boost higher levels of positive mental health. Obviously, greenspace alone does not ensure widespread mental wellbeing. Other factors such as age, occupation, gender, and past-wellbeing play a large role in our mental positivity. By including more green-ness into our urban planning, neighborhoods, and daily routines, the less harm we are likely to see to our physical and psychological wellness.

At Austin Parks Foundation, our goal is to make the parks and greenspaces in Austin more accessible. By making it easier for people all over Austin to enjoy the parks, we are making an effort to improve the overall health of the city. Interested in helping out? Learn more about how you can advocate for the parks. Want to make an even bigger contribution? Donations to APF help to fund projects across the city that make the parks better for everyone.