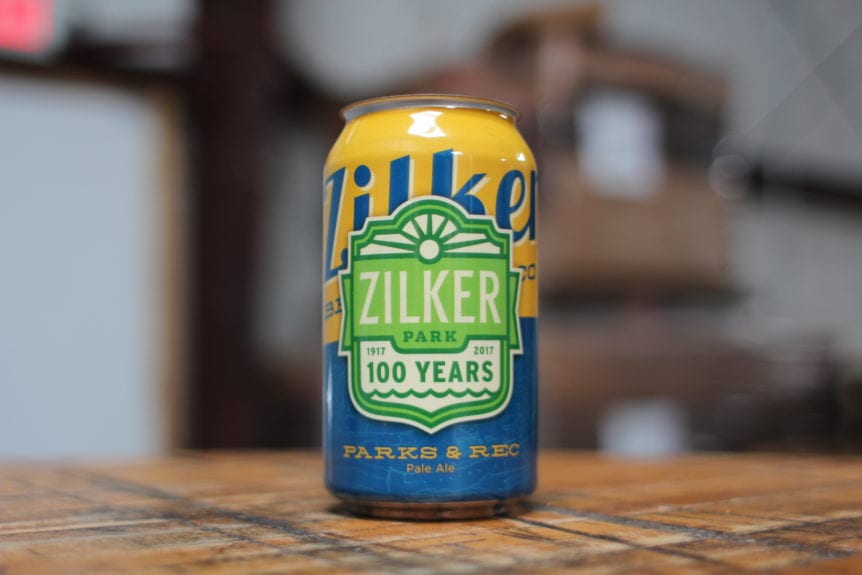 Austin Parks Foundation (APF) is excited to announce a collaboration with Zilker Brewing Company (ZBC) to create a special limited-edition beer in honor of Zilker Park’s 100th anniversary, which is being celebrated in 2017. The beer, named Parks & Rec, will be available starting on May 24th at local retailers including HEB, Central Market, Whole Foods, and Spec’s. A portion of the Parks & Rec sales will be donated to APF’s Zilker fund, which will go toward the long-term updates and maintenance of the Zilker Playscape.

“We’re thrilled about this special collaboration and the release of Parks & Rec,” says Colin Wallis, CEO of APF. “What could be better than enjoying a nice cold beer this summer in Austin while giving back to Zilker Park—the crown jewel of our parks system. We’re grateful to ZBC for their partnership and contribution to APF.”

Parks & Rec results from over a year of tinkering and experimentation at the ZBC taproom. The beer features a proprietary blend of four different hop varieties highlighting Centennial hops resulting in a crisp, citrusy, and incredibly balanced taste.

“The partnership with the Austin Parks Foundation made sense for us because we think Zilker Park and the other public parks in Austin are essential for building and maintaining a sense of community in our city,” says Patrick Clark, Zilker Brewing Company Founder. “We’re excited for Austinites to try out our limited-edition Parks & Rec and hope they love it as much as we do!”

The release of Parks & Rec will be celebrated with a happy hour at the YETI Barrr on South Congress on Thursday, May 25 from 4 p.m. to 8 p.m. Guests will have the opportunity to try the beer and purchase a special Zilker 100 customized YETI Colster. One Parks & Rec beer will be included in the purchase of the YETI Colster and all the profits from Colster sales will be donated to APF.

“When we named Zilker Brewing Company three years ago, a deciding factor was Andrew Zilker’s identity as a philanthropist and entrepreneur in Austin’s early days. When we found out he also had ties to the beverage industry through an ice-making business and bottling company, it sealed the deal,” says Patrick. “Now we’re excited to continue Andrew Zilker’s spirit of philanthropy by donating a portion of the sales proceeds from the Parks & Rec to APF.”