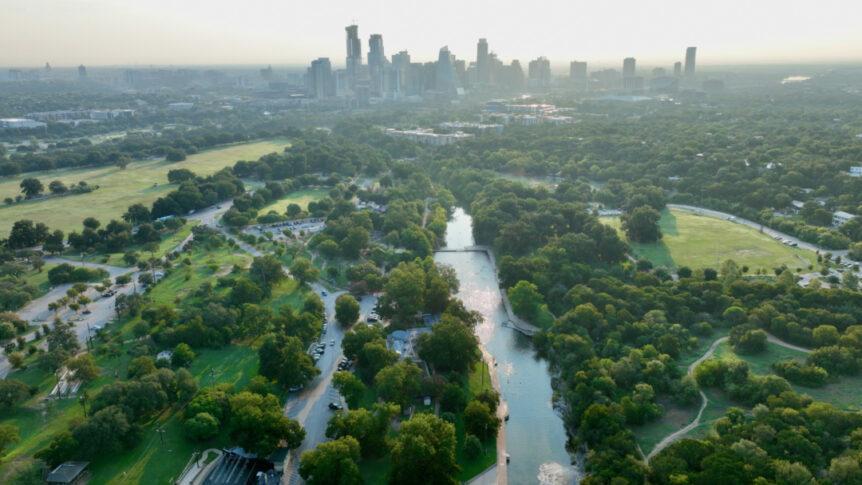 In lieu of the final two Parkscast episodes, Austin Parks and Recreation Department has written a guest blog for APF to complete the series.

Think about your favorite parks outside of Austin. Can you remember the first time you were there? Maybe it was a national park like the Grand Canyon or a state park like Mother Neff or even a city park like Central Park. What do you recall about the stories of the park? What is the history of the people in that space? Did you learn about the type of animals that call it home? Or did you gain more understanding about the geology or plants of this park? Finally, I want you to recall whether you had to search online about the park or whether the stories of your favorite parks were told in the park.

Each of these questions can help us interpret a deeper meaning and connection to the parks we love. One aspect of the Zilker Park Vision Plan is a guide for what stories around Zilker Metropolitan Park can connect us to the space in a deeper way. I hope this guest post from the Austin Parks and Recreation Department encourages you to think about what stories you want to know more about in Zilker Park as well as other parks throughout Austin.

The Guiding Principles and the correlating goals have driven the planning process for the park and the storylines.

Part of the Vision Plan includes suggestions for a future interpretive plan for Zilker. Driven by the “History and Culture” and “Equity, Diversity and Inclusion” Guiding Principles and Goals, the planning team identified five storylines to guide future storytelling at the park.

Zilker Park is a complex space with a complicated history. The storylines are for the park as a whole and are only a road map. Anyone doing interpretive planning in the future will do additional research to define the main stories and develop how visitors discover and engage with the interpretive themes. But, today, we want to know: What might be missing from these storylines? What is it you really want to understand more deeply about Zilker Park? The information below can be found in the draft Zilker Vision Plan, pages 185 to 189.

Storyline 1: Barton Springs Has Been a Constant, but Evolving, Destination for Humans for at Least 10,000 Years. 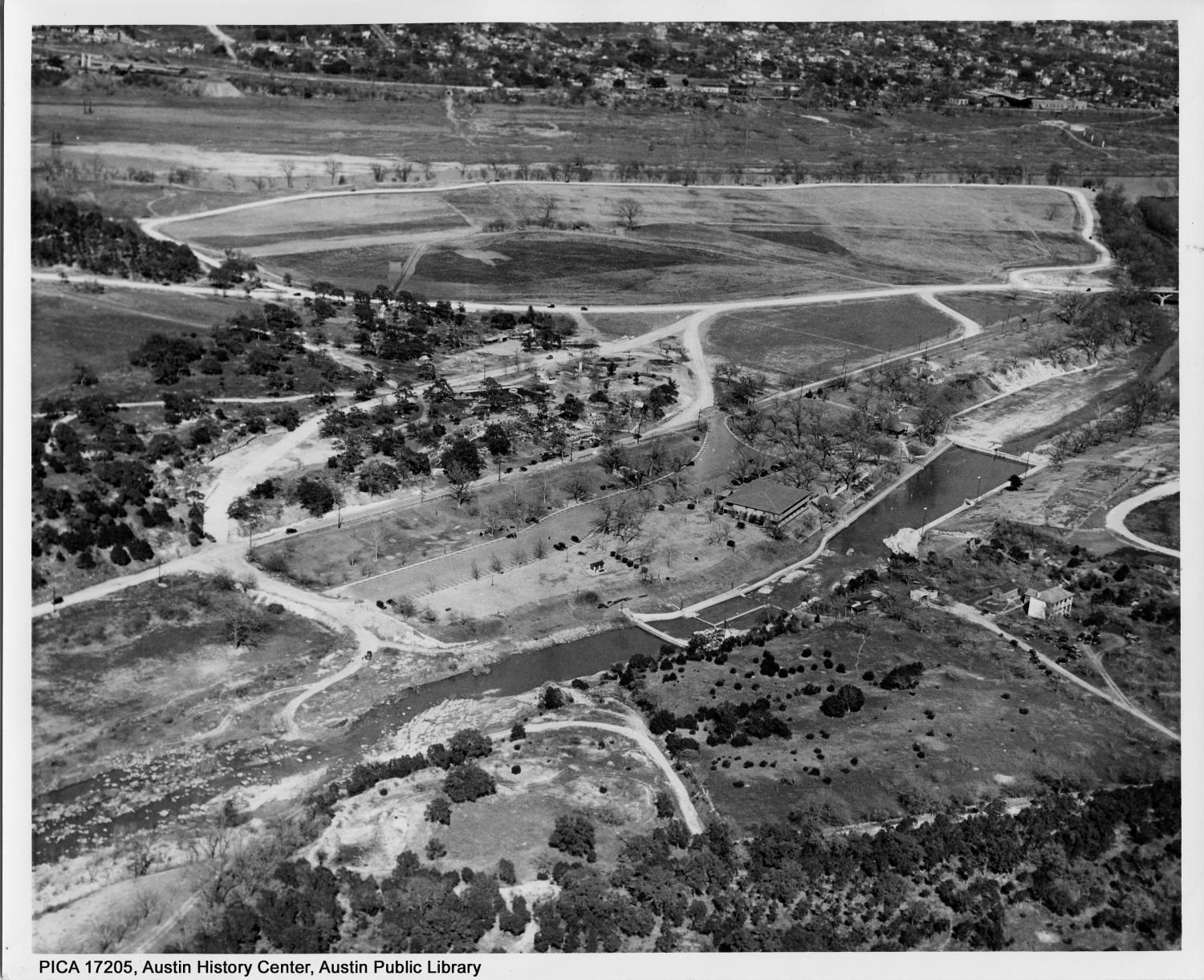 A look into the past: Zilker Park as it stood in 1938 (Photo courtesy of Austin History Center, PICA 17205)

Storyline 3: Zilker Park Has a Long History as a Contested Landscape. 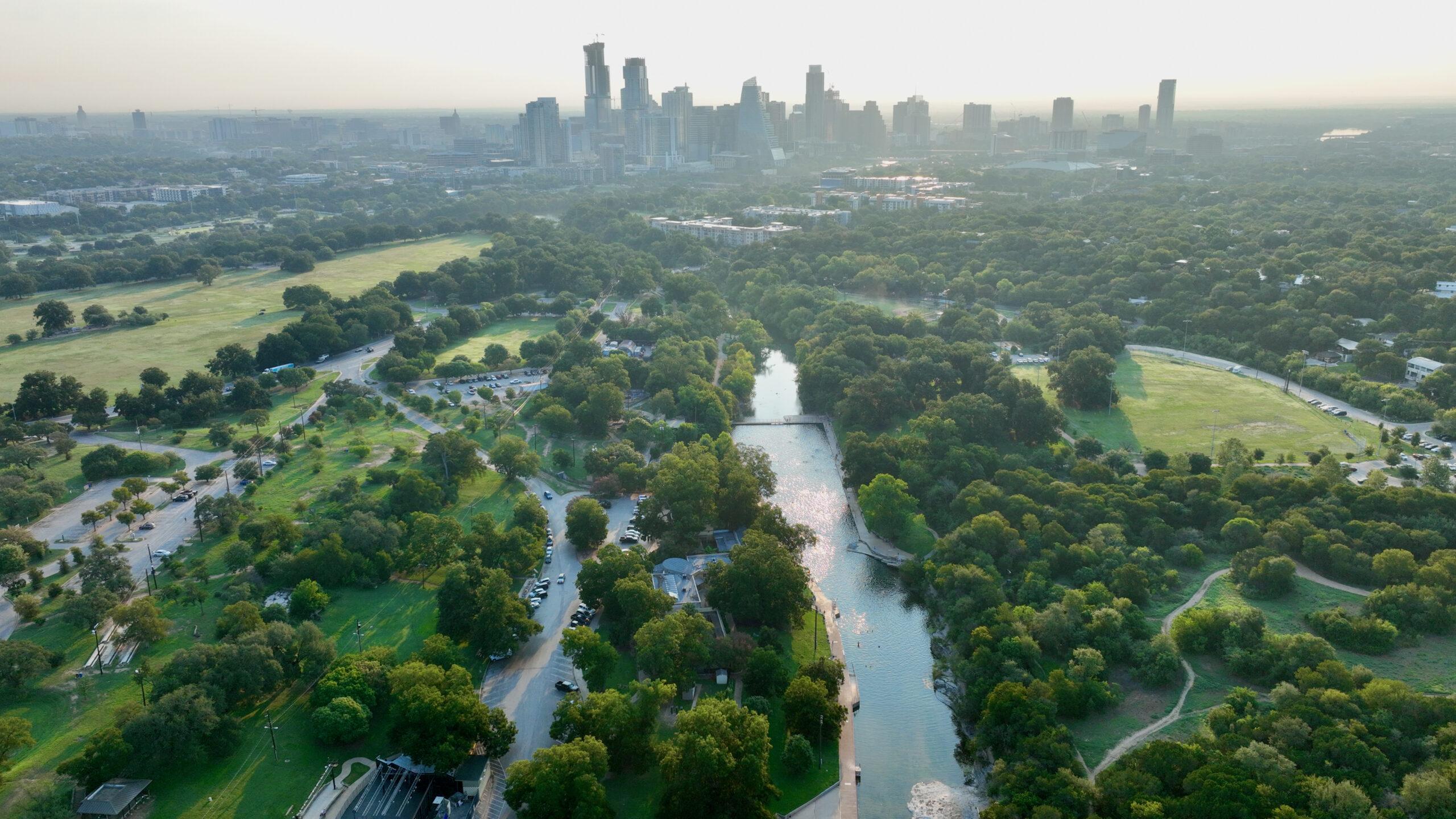 Storyline 4: The Ebb and Flow of Water Indelibly Shapes the Ecology of Zilker Park.

Those are the proposed interpretive storylines for Zilker Park. What are your thoughts? What storylines are you excited to see in greater depth? What is missing? The Zilker Park Vision Plan team is looking forward to hearing more about the storylines as well other aspects of the draft Vision Plan. Share your feedback at https://publicinput.com/ZilkerVision.

The Zilker Park Metropolitan Vision Plan will fulfill the need to create a sustainable park for future generations to enjoy. The Vision plan incorporates wide community input and is endorsed by the Zilker Collective Impact Working Group, with 16 nonprofit organization (including APF!), event producers and vendors that have provided amenities, programs, and visitor services in Zilker Park for decades.

Austin Parks Foundation at a Glance

Zilker Park Vision Plan: The Stories of the Park